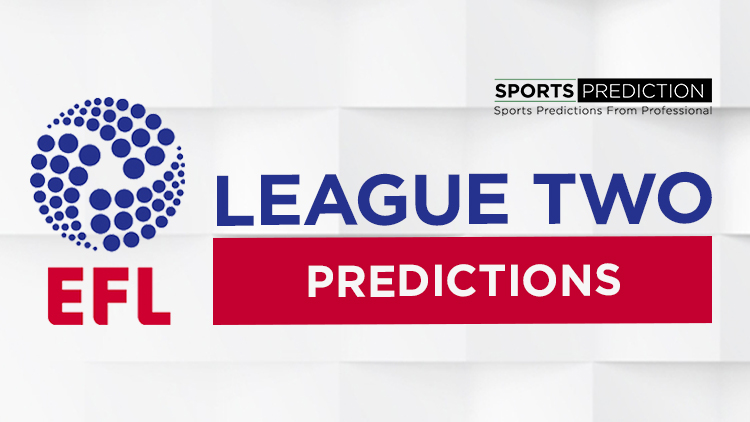 In continuation of our Soccer Predictions Series By SportsPrediction.asia. We have so far covered some expert predictions on all major soccer leagues.

This video is part 1 of the 2019-2020 EFL League Two top 4 predictions. These predictions are a product of expert analysis based on some algorithm factored by home form, away form, recruitment, and other things.

The English Football League Two is the third division of the EFL, being the lowest. Popularly called the Skybet EFL League Two because of sponsorship reasons, the 2019-2020 edition is the 16th of its kind.

The newly promoted teams are Leyton Orient and Salford City from the National League while Plymouth Argyle, Walsall, Scunthorpe United and Bradford City joined the league from League One as a result of relegation.

Previously, Lincoln City, Bury, Milton Keynes Dons and Tranmere Rovers earned promotion from the league to League One, and Notts County and Yeovil Town were relegated to the National League.

Here are some long awaited predictions for the EFL League Two 2019-2020 season:

In this new football season, Scunthorpe and Plymouth are tipped to be contenders following their relegation, which leads me to the following point…

Plymouth is beneficiaries of the financial troubles encountered by Bury where they gut them by bringing in five of their players and manager, Ryan Lowe. This, among other things, will make it impossible to look beyond Plymouth Argyle as contenders for the league.

Following the stalling they experienced towards the end of the previous season, Mansfield Town are tipped to get better this time, especially with their striker Nicky Maynard who averaged a goal every 140 minutes during the 2018-2019 football season at Bury.

As much as they tried to sneak into the automatic places in May, they ended up losing in the play-off semi-finals. This time around, they are tipped to go close again owing to the many huge strides they have made in the last three years under their manager, Cooper. Also, their smart recruitment would yield something tangible for them.

Exeter City is tipped to challenge this season after falling behind last season, and thanks to the new recruitment to the squad with nine new faces.

That’s it! These were our soccer predictions for the 2019-2020 EFL League Two football season, what do you think of them? For more videos, stay tuned to the Soccer Prediction Series By SportsPrediction.asia.

Thank you for watching and see you next time!